Automatic pick and place with computer vision and RoboDK 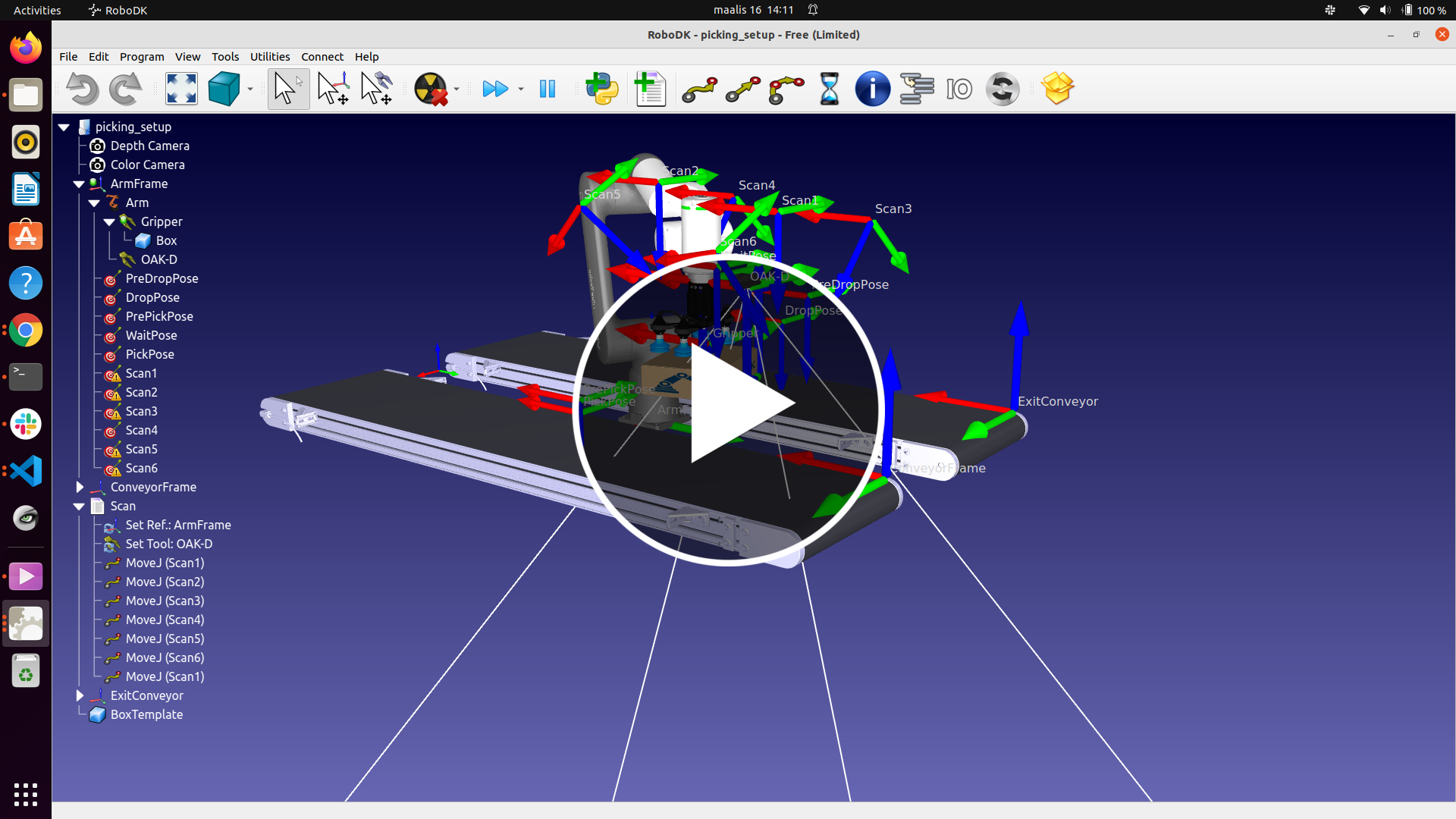 The complete pick and place example.

This example shows how to build datasets with the Stray Robots Toolkit for picking and placing cardboard boxes of variable sizes within a RoboDK simulation environment. The souce code is available here: https://github.com/StrayRobots/stray/tree/main/examples/robodk.

The purpose of this simulation is to showcase how computer vision can be used in dynamic pick and place applications. In this case, our robot is tasked to move boxes rolling on one conveyor belt to the other.

The robot waits for boxes to come down the conveyor belt, where it detects the top corners of the box. We then compute a picking location at the center top of the cardboard box and command the robot to pick it up with its suction cup gripper. The robot then moves the box over to the other conveyor belt and starts over.

The main files in this project are:

We recommend using Anaconda for package management. To create a new environment and install the dependencies, run:

Follow the instructions here to install the Stray Robots Toolkit.

Collecting a dataset and training an object detector

As is common these days, the object detection algorithm used is learning based. To train this algorithm, we need to collect example data from the robot’s workspace and annotate it to teach our robot to recognize the objects we want to pick. The rest of this section will show you how to collect a custom dataset. Alternatively you can download a sample dataset to proceed to model training and the next section. The sample includes scans of 20 boxes.

To stop the line and scan the conveyor belt, press the s key.

The scans are saved in the path given by out. For each performed scan, a subdirectory will be created within that directory which will contain the captured color and depth images, along with the camera poses.

After scanning, we need to process the scans to compute the 3D representation from the captured camera and depth images. This is done using the stray integrate command. Run it with:

As in this case, our camera is mounted on our calibrated robot, we use --skip-mapping parameter to tell the system that we know the camera poses and that these do not have to be inferred.

We then annotate each of the scans by opening the up in the Stray Studio user interface. A scan can be opened with:

In this case, we want to detect the top corners of each box. Therefore, we opt to annotate each scanned box with a rectangle annotation type. Here is what an annotated scan looks like: 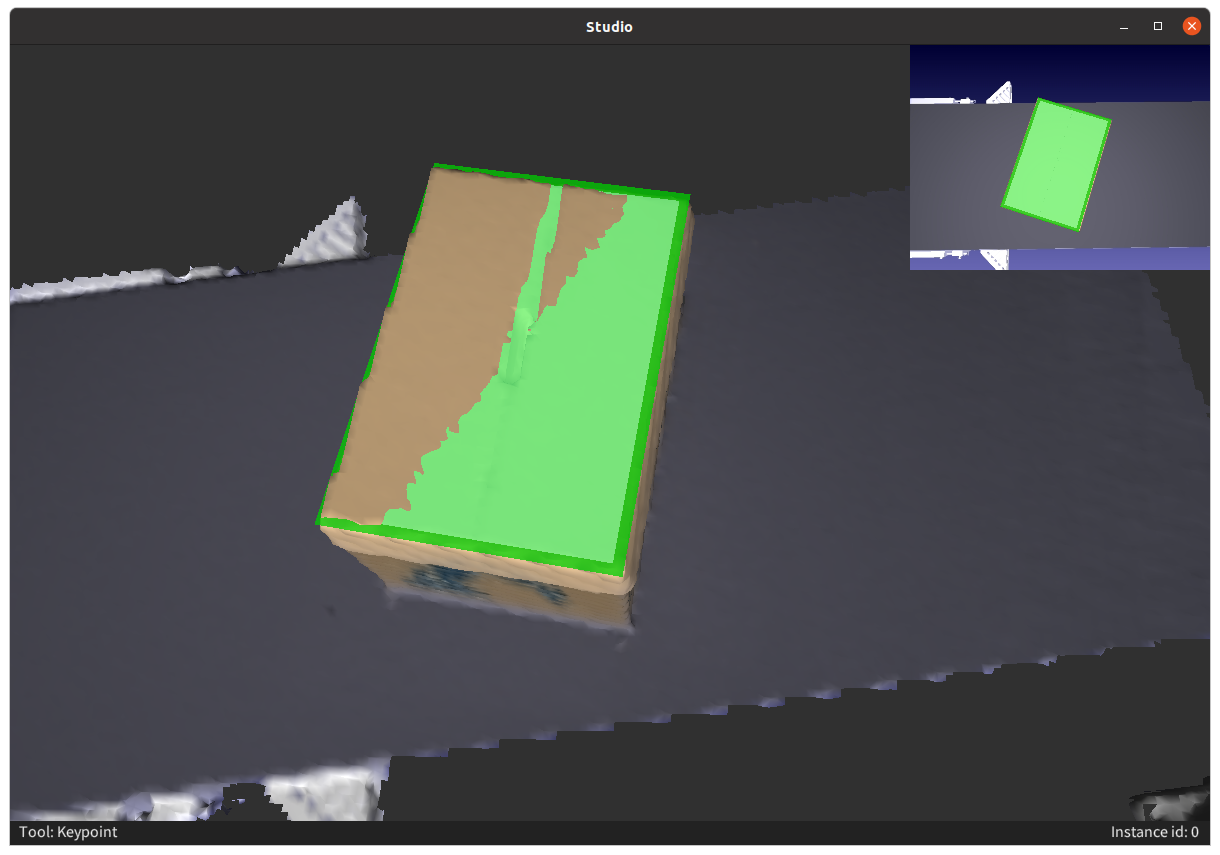 Once the dataset is collected (or downloading the sample) we can go ahead and train the model. Alternatively you can also use the pretrained model and proceed to the next section.

The model training can be run with

The main available paramaters are:

For additional settings refer to the train.py file.

Once the training is completed, we can pick one of the checkpoints from ./train_logs/default/version_x/checkpoints and convert it into a serialized model that can be used in production and the example picking script.

The model can be converted with python convert_model.py <path-to-checkpoint> and it will be saved as model.pt.

Running the picking simulation with the trained model

Again, open the simulation in the RoboDK UI by opening RoboDK, then select File > Open… and open the picking_setup.rdk file.

To run the simulation with the trained model, use the command python pick.py --model model.pt.

You should now see the simulation running with the robot picking boxes and moving them over to the other conveyor belt.